What does any mother of more than one child want? A photo of all of her cherished small people together. As a photographer, this is even more important to me than perhaps it usually is, yet is something I have been unable to achieve thus far. With one of them at school now, one at pre-school and one still needing to nap during the day, along side running business it just hasn’t happened. Not through lack of trying I might add. However, given the recent success of photographing my usually reluctant middle small, I thought now may be as good a time as any to give it yet another shot. I chose and showed them their outfits and explained to them how I would really love a photo of all of them together to go on our wall and asked would they sit together and smile at mummy. They all nodded and agreed that it was a great idea. Reassuring you’d think, but I still had absolutely no hope it would actually happen and I think had already resigned myself to the fact I would fail – they all usually agree it’s a good idea until there’s woods, trees to climb, bugs to catch,  space for them to run around in as fast as they can, jumping and making silly faces, then that usually becomes a far better idea than the photo mummy had planned. Still, we continued on as if there was actually some hope and put them in their co-ordinating clothes, washed their faces and combed their hair and went for a walk in the woods. I knew we would have minutes before they’d lose interest so at best would probably end up with one or two shots. But that was all I needed. Just ONE of them all together to go on our wall in our family home! Robin, hubby, other half of Acorns & Thimbles was under strict instructions to be the funniest, most energetic Dad he had been in his entire life and to make as many rude ‘windy pop’ noises (that I would normally discourage) that were needed to get them smiling and sat still. Whatever it takes, right!? He did a great job and after many failed attempts we finally had a photo of all our kiddos together for our wall. Along with a couple of others too. Happy mummy right here! 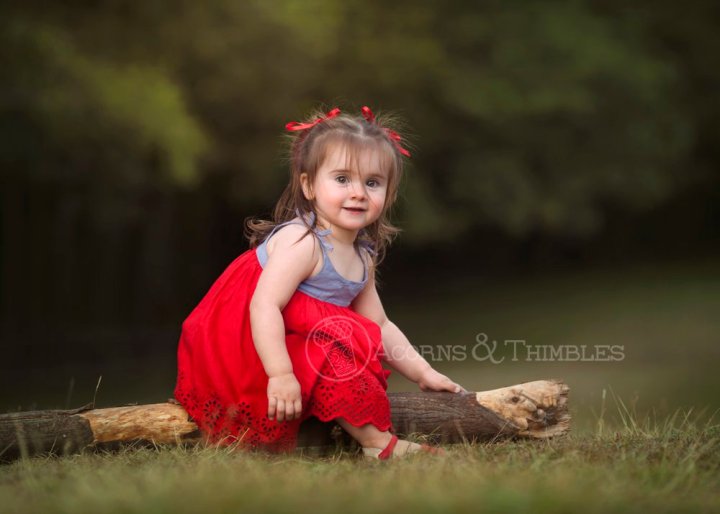 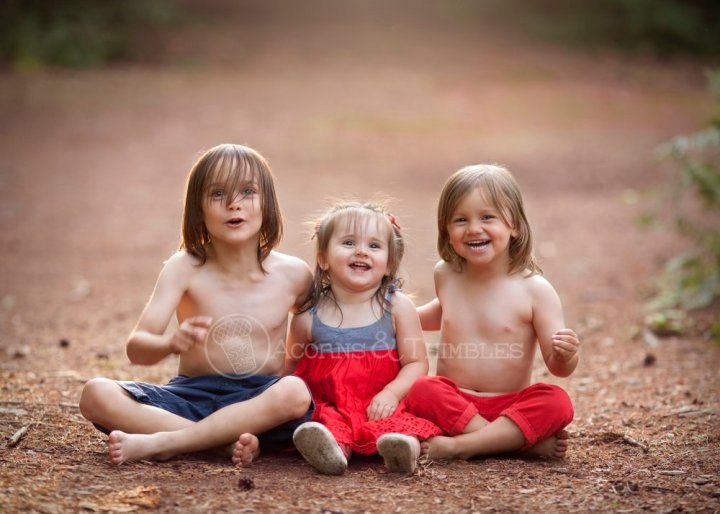